Post-Harvest is the time in perennial horticulture crops where once the crop for the current season is removed, the plant goes either into a dormant state, or into a nutrient reserving state. Often the plant will drop many of it’s older leaves, drawing the nutrients back into the buds and bark for the following season. In deciduous varieties, they will drop all their leaves and go into a completely dormant state over winter. During this time, carbohydrate storages are built. These carbohydrates are drawn upon during the early stages of bud movement, flowering and cell expansion. If these storages remain low after a crop is removed, it will significantly impact the overall potential of the crop for the following year.

This is a particularly important period of time when we can have a significant influence on the plants to ensure they have adequate supply of nutrients. Ensuring the plant has adequate carbohydrate and energy supply Post-Harvest reduces stress on the tree significantly and has profound effects on the outcome of crop yield return year on year. The ideal outcome is to replenish depleted nutrient stores that have been slowly diminished over the season and removed by harvesting the crop. Common nutrient deficiencies after harvest include Potassium, Nitrogen, Phosphorus, Magnesium, Calcium and a variety of Trace Elements such as Iron, Boron, Manganese and Zinc.

How are these nutrients stored?

So during the post-harvest period, energy can be stored in various ways by the plant. Nutrients can be taken up by the plant after crop is removed, before leaves are lost and while roots are still functioning to their full ability.

So let’s start with carbohydrates. These are mainly stored in the roots as mentioned in a previous webinar, and can take a variety of forms. These include sucrose, glucose, fructose and sorbitol.

Nitrogen is stored in most plant parts, including the roots, bark, buds and wood tissues. They can be stored as a variety of amino acids and proteins.

Phosphorous is stored in the buds and wood tissues, and is commonly accumulated in a variety of compounds including phospholipids and phytic acid.

Trace elements are held in a variety of locations throughout the plant, and are often stored within other compounds. For example, phytic acid in buds can hold a significant storage of phosphorous, as well as zinc.

How can Post-Harvest nutrient applications help?

Strong bud development is heavily influenced by the nutrient availability in the Post-Harvest period. The more robust the buds, the more energy they store to power crop set and fruit fill in the following season. This can improve the plant vigour in the following season, increase its crop potential, and minimise the impact of any environmental stress that may occur early in the season.

The two key components to how nutrients can affect buds are; increasing their size, as well as increase the ratio of reproductive buds to vegetative buds. It’s difficult to tell the difference between reproductive and vegetative buds until later stages, however the dominant bud type is determined by the kinds of nutrients available Post-Harvest. Encouraging more reproductive buds will allow for optimum yields, and minimise potential for low cropping years.

We can also impact the size of leaves that are developed early in the following season. When we have adequate supply of nutrients in the correct balance and forms, plants generate large, flat leaves very early into the new season, giving it the best possible Photosynthetic potential whilst it analyses and determines what crop load it will carry for the season ahead. In crops where flowers burst and the crop is set almost before the plant has any leaves, this is where a very robust and complete nutrient program Post-Harvest can help the plant store luxury levels of energy, giving it the best chance to create the most vigorous and productive flowering flower buds that it possibly can. It will also help to reduce the time before leaves start to form, as a healthy balanced bud cluster will burst both vegetative and reproductive buds simultaneously. 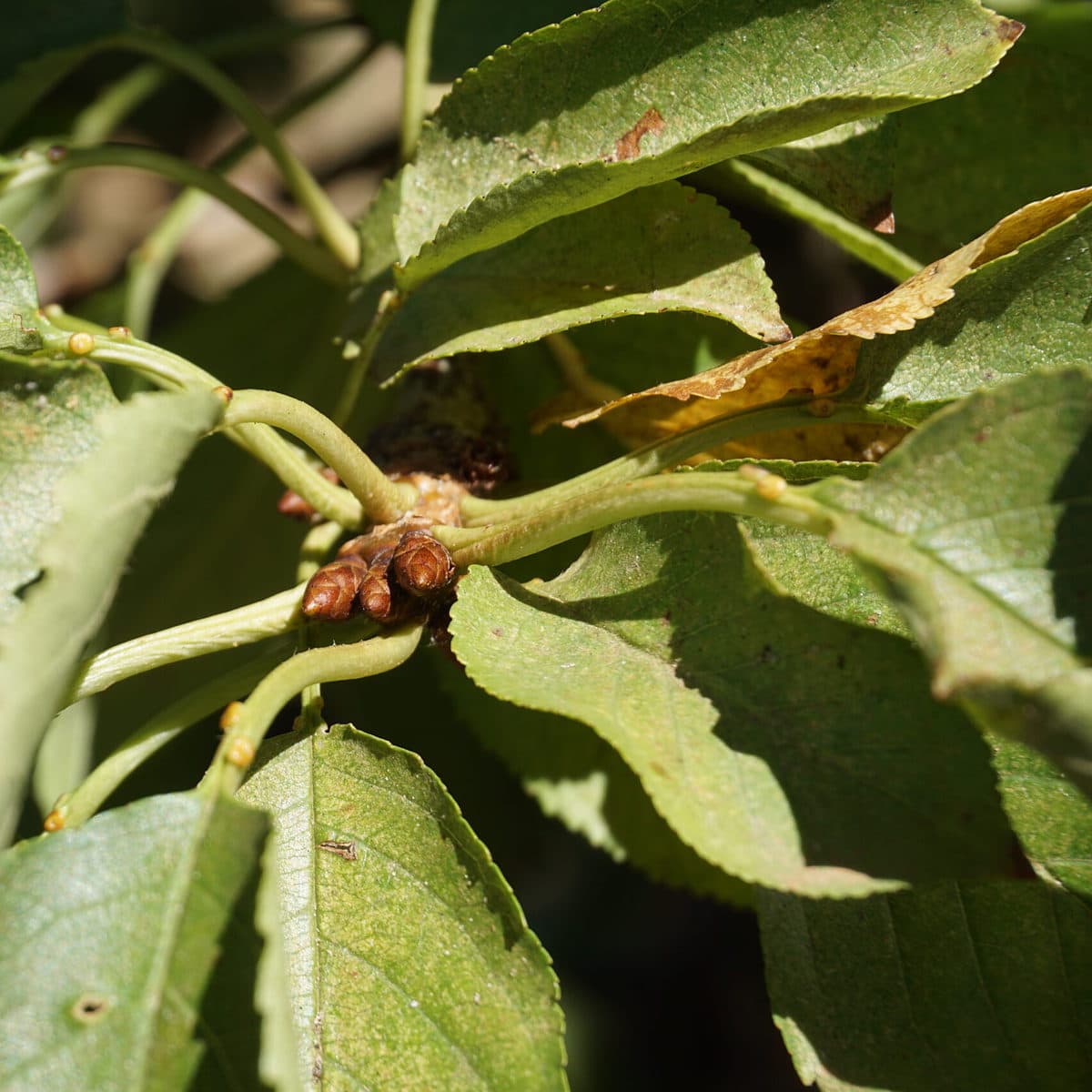 What key nutrients are essential Post-Harvest?

So as mentioned above, there are several nutrients in focus during post-harvest. Applying nutrients for storage at this time can help reduce the amount of required nutrient applications in the following season – putting you on the front foot as the next season starts up. This is also a great time to do some testing to determine if any other nutrients are in low supply to offset any developing deficiencies.

All of the following nutrients are stored for use in the early stages of bud development and during cell expansion, so should be focused on as well as any other deficiencies you encounter at this time.

The first of these is Nitrogen. Nitrogen is stored for energy production in the subsequent season. Urea applications around this time also can be used to burn off leaves. This stops photosynthesis and maintains the chemical form of urea within the plant. There is also developing research that suggests that as the urea enters the sap, it reduces the freezing point slightly, providing some frost resistance over the cooler months.

Calcium is stored to maintain cell wall strength during cell division and expansion.

Zinc is stored for the support of future leaf growth, providing the base for strong photosynthesis in the next season. Zinc deficiency is linked to reduced leaf growth.

Magnesium is used in the production of chlorophyll molecules, and is used as new leaves form.

Finally, Boron is important for strengthening pollen tubes in the next season, and aids in calcium uptake.

Test, don’t guess, means minimising inputs and maximizing outcomes. And that’s the unmatched Hybrid-Ag advantage. What are you waiting for?

Sorry, no posts matched your criteria.

Sign up to our Newsletter to hear about new product releases, learn about our process.